The black soldier fly is one interesting insect! Here are some really cool and lesser-known facts about nature's smallest superhero. 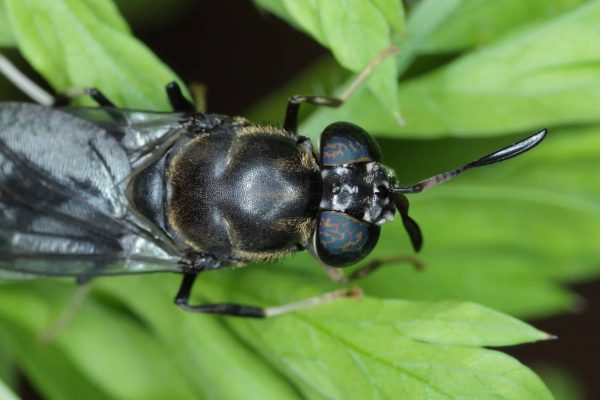 Beyond the common-knowledge that black soldier fly larvae are good feed for many types of livestock and efficient consumers of waste, we wanted to offer a deeper perspective by sharing some of the the lesser known facts about this fierce fly.

1. They used to be considered pests.

We have known about BSF for more than 100 years. Some of the first scientific papers published on them looked at why we found so many in pit latrines and on animal farms. Black soldier fly eat manure, human or otherwise. Back in the early 1900s, farms were smelly and latrines (or outhouses) were just as ‘ripe’! So what do the scientists do when they see these guys in a pile of poop? They conclude that they are pests (nobody wants a fly popping out of the toilet!), have no economic value, and should be exterminated!

2. Black soldier fly are one of the only true terrestrial Stratiomyidae.

BSF are one of 2,700 species in the Family Stratiomyidae (soldier flies). Close to 99% of the Stratiomyidae are semi-terrestrial, meaning that they spend part of their life cycle in water. The soldier fly family as a whole prefers marshy areas with lots of humidity, so the larvae usually squirm around in water until they are ready to take flight.

The black soldier fly species is one of two or three exceptions within the family. They are strictly land-based for their entire life cycle. So, just as prehistoric fish had to evolve and develop traits to crawl out of the water onto land, soldier flies had to evolve into land-only insects. Fortunately, in doing so they developed a host unique features that make them the little sustainability heroes they are today!

3. BSF are used in forensic studies and are unique to other forensic flies.

It is well-documented that black soldier flies are known for being found on dead bodies, and this is not by accident. Adult BSF will lay eggs on anything that could serve as potential food for their offspring, and human corpses qualify. However unpleasant to think about, this can actually be a useful thing in criminal investigations where foul play is suspected.

This use of bugs to solve potential criminal cases is called Forensic Entomology. Strange as it may seem, you can determine how long a person has been dead and possibly the cause of death by analyzing the insects found on the body. Television shows like CSI and Bones have shared some great examples of forensic entomology in their story lines.

BSF can be used in the same way but differ from other “forensic flies” in that they usually arrive late to the body. While most fly species will infest a dead body within a little as two hours, BSF tend to make their arrival about 10 days after death. There are many reasons for their unique timeline, but it does provide valuable information for forensic cases.

4. Christopher Columbus may have introduced the black soldier fly to Europe.

A study several years ago looked at historical logs for travels to and from the United States in the country’s early years and found it was very possible that Christopher Columbus may have accidentally brought the black soldier fly to Europe through goods brought in from the Americas.

Why do they think this? Well, records show that when an Italian princess died during this same time, black soldier flies were found on her body after death. Since there are no prior records of BSF in Europe, this may be a sign of its earliest introduction to the continent.

5. Adult BSF are not attracted to people the way other flies are.

When we tell people we farm flies, we often get looks of disgust followed by “why would you want to do that, flies are filthy?” While that is true of many types of flies known for spreading disease, black soldier flies are a big exception. BSF are non-synanthropic, which basically means they don’t really like people or human environments.

The adult BSF stays away from people for a number of reasons. One of the main reasons is to avoid danger. They are such slow fliers that we can basically karate chop them out of the air with little effort! Another big reason is they prefer humid, boggy environments which means they tend to live in areas where people are not.

Additionally, the adults do not feed like other flies. They tend to be nectar feeders, so they don’t touch bacteria-rich environments as adults and are very unlikely to spread disease like many other pest flies.

It’s true! Black soldier flies like coffee and beer just like most of us. Ask any successful BSF production company around the world, and you’re likely to confirm their interesting preference.

While we know BSF love eating just about anything you give them, new research shows they do pretty darn well on coffee grounds and brewery waste. A study by Chia and colleagues in 2018 showed that BSF ate and grew very well on most types of brewery waste compared to artificial diets given to them.

Studies done in the 1980s by Gerrard Larde revealed that BSF also feed fairly well on coffee. He further observed that BSF larvae wouldn’t eat deep into coffee ground piles due to loss of oxygen and concluded that coffee should only be given in certain amounts and depth. A more recent study by Brits and colleagues in 2017, however, showed that BSF can handle about 10 cm of any food waste and eat all of it efficiently.

7. BSF are as nutritious as most fish.

A lot of studies came out about the nutrition of insects after the UN’s Food and Agricultural Organization (FAO) released a report on the potential of insects to feed people and livestock. One of those studies by Barroso and colleagues in 2014 evaluated BSF and other insects against fish meal and soybean meals as potential feed for fish. That is right, we feed fish to fish that we farm . . . let that sink in a little!

The study compared everything from basic nutritional value to the breakdown of amino acids and fatty acids with interesting results. Many insects, while being lower in overall protein content, had higher levels of essential amino acids in most categories. Bottom line is that while the black soldier fly may contain less protein than fish meal, it is a better quality protein source.

8. We can make biodiesel from BSF oils.

Black soldier fly larvae are majority proteins and lipids. When we harvest BSF for product creation we generally extract the lipids in the form of liquid oils before creating the protein meal.

These oils are a source of many innovative BSF products. BSF oils are high in lauric acid which is a natural antimicrobial and anti-fungal oil that can be used for coating animal feeds to increase shelf life. Additionally, the oils can be hydrolyzed to make soaps and detergents that are effective in the same manner due.

But perhaps the most innovative application is the processing of BSF oils into high grade biodiesel, a possibility proven by a 2015 study by Leong and colleagues. While this is certainly amazing, what is even more exciting is the BSF’s ability to create more biodiesel from other spent substances initially used to make biodiesel!

A study by Zheng and colleagues in 2012 showed that we are able to feed BSF the left-over molasses or organic fraction left behind after extracting biodiesel from plant sources. They are able to efficiently eat this fraction and then be extracted themselves for more biodiesel production, effectively doubling our ability to create biodiesel from one source.

BSF naturally live in dirty environments and are constantly competing with bacteria to eat the food waste they are given (bacteria that may even want to eat the BSF in the process, as well!). Thankfully, due to their natural bacteria-fighting fatty acids, they are able to suppress bacteria and thrive in those dirty environments.

In addition to protection from these fatty acids, BSF have evolved a complex suite of enzymes and antimicrobial substances that kill or suppress most bacteria that they encounter. This antibiotic superpower not only serves them well, it also presents an opportunity for us to study how these enzymes and antimicrobial substances work and explore new potential cures for bacteria-based diseases in livestock and/or human medicines.

We are already seeing studies showing evidence that BSF meal may suppress antibiotic-resistant salmonella in chicken as well as reduce e-coli in their food substrates. This is without a doubt a very exciting new area for black soldier fly research!

The black soldier fly had its entire genome published in December 2019 (Shuai Zhan and colleagues). This groundbreaking information is allowing scientists and production companies to better understand the BSF life cycle and all its intricacies and start experimenting with how produce even more efficient flies, whether through selective breeding or gene editing.

CRISPR Cas-9 is a revolutionary genetic tool that allows scientists to manipulate and delete specific genes from an organism with relative ease. The tool usually requires expensive fine-tuning for each species it is applied to, but Zhan and colleagues’ study added to their genome by developing techniques to gene edit in the black soldier fly.

Incredibly, they were able to clip out genes that limited BSF larvae growth and subsequently grow larvae that were three times larger than normal. This research opens up so many doors for understanding the species and maximizing its ability to benefit mankind. 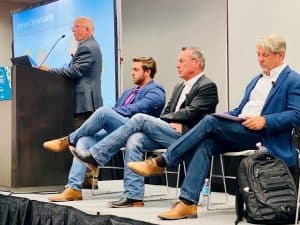 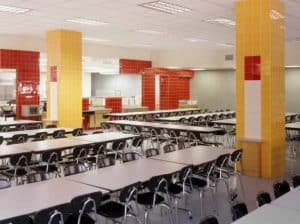 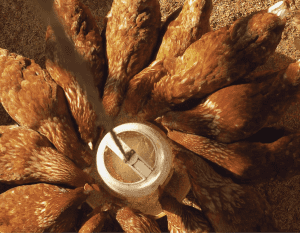